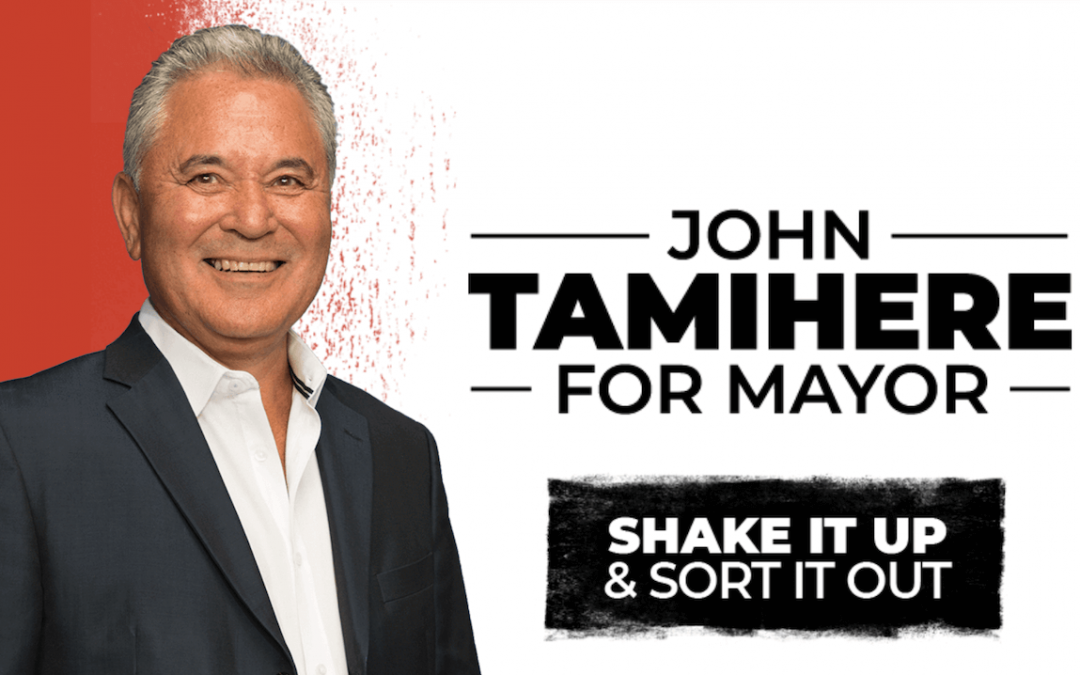 Ngati Porou Politician John Tamihere, JT, is standing for the Auckland Mayoralty this year. We encourage all Ngati Porou living in Auckland to vote for him. For more information click here.

Brought up by a rugby league-loving hard working Ngati Porou father, and a staunchly Catholic Irish-Scottish mother, JT’s parents were a huge influence in his life. The first of his family to attend university JT graduated from The University of Auckland in 1984 with a double degree in Arts and Law.

Specialising in commercial law, JT has participated in significant precedent setting cases ranging from litigation in the Waitangi Tribunal, the High Court, New Zealand Court of Appeal and the Privy Council.

In 1992 JT was appointed Chief Executive of Te Whānau o Waipareira Trust building the organisation into a powerhouse, delivering education, health and social services to the West Auckland community.

As if that wasn’t enough, JT then moved into Politics, elected to parliament in 1999. He Chaired Committees of the New Zealand House of Parliament and in 2002 JT was appointed to Cabinet, while single handedly defending the Labour Party’s stance in regard to the Foreshore and Seabed Legislation. During his time in Parliament JT is credited as being one of the most successful ministers of Small Business.

JT has also maintained a keen interest in advancing the rights of lower socio-economic groups returning to the Waipareira Trust Board in 2006. Re-appointed as Chief Executive he grew the Trust into a multi-million dollar operation employing over 220 staff. His sharp business acumen has seen him negotiate joint ventures with major Auckland developers, negotiate and deliver major public and pensioner housing developments, and oversee the purchase and rapid growth of two significant IT companies.

Throughout his career, JT has remained connected to his Ngati Porou roots. He has been a director and administrator on diverse operations, from chairing and managing his family farm to leading negotiations on a range of whanau matters.

Good Luck JT. You will be a great Mayor for Auckland!